TEHRAN, Iran – Iran’s parliament and judiciary are reviewing a law requiring women to cover their heads that has sparked more than two months of deadly protests, the attorney general said.

The demonstrations began after Mahsa Amini, a 22-year-old Iranian woman of Kurdish origin, died in custody on September 16 following her arrest by Iran’s morality police for allegedly violating the dress code.

The protesters burned their head coverings and shouted anti-government slogans. After Amini’s death, more and more women do not wear the hijab, especially in the fashionable north of Tehran.

Wearing the hijab became compulsory for all women in Iran in April 1983, four years after the 1979 revolution that overthrew the US-backed monarchy.

“Both parliament and the judiciary are working” on whether the law needs changes, Mohammad Jafar Montazeri said in the holy city of Qom.

Quoted on Friday by the ISNA agency, he did not specify what could be changed in the law.

The review team met on Wednesday with the parliamentary culture committee “and will see the results in a week or two”, the attorney general said. 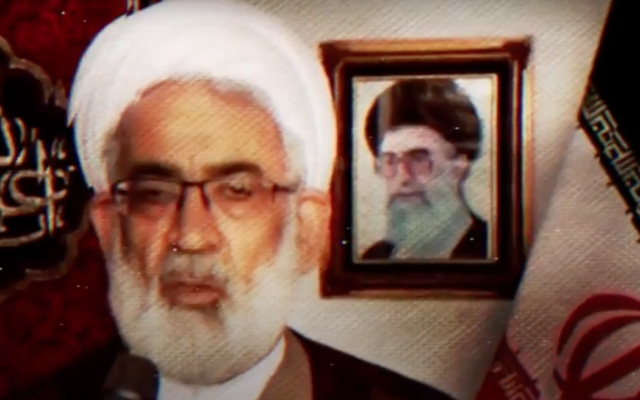 “But there are methods of applying the constitution that can be flexible,” he said in televised comments.

After the hijab law became mandatory, as dress codes changed, it became common to see women in skinny jeans and loose, colorful headscarves.

But in July of this year, Raizi, an ultraconservative, called for the mobilization of “all state institutions to implement the headscarf law.”

However, many women continued to break the rules.

Iran accuses its archenemy the United States and its allies, including Britain, Israel and Kurdish groups based outside the country, of fueling the street violence the government calls “riots.” 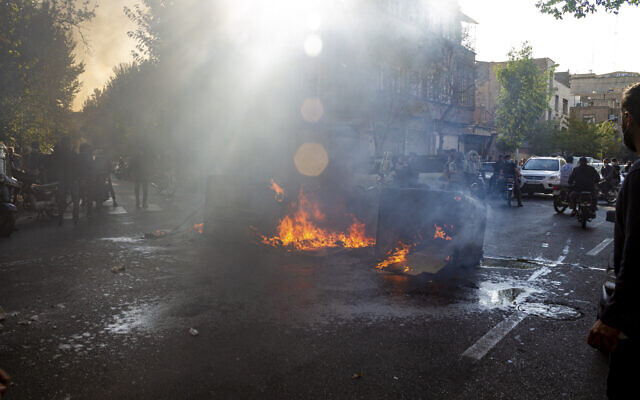 In this photo taken by a person not hired by The Associated Press and obtained by AP outside Iran, Iranians protest the death of Mahsa Amini, 22, after she was detained by morality police last month in Tehran, Oct. 27, 2022 (AP Photo/Middle East Images, file)

A general in Iran’s Islamic Revolutionary Guard Corps this week said for the first time that more than 300 people had lost their lives in the unrest since Amini’s death.

Iran’s top security body, the Supreme National Security Council, said on Saturday that the death toll in the protests “exceeds 200”.

Oslo-based NGO Iran Human Rights said on Tuesday that at least 448 people had been “killed by security forces in the ongoing national protests”.

UN human rights chief Volker Turk said last week that 14,000 people, including children, had been arrested in the crackdown on the protest.

I joined The Times of Israel after many years of covering US and Israeli politics for Jewish news outlets.

I believe that responsible coverage of Israeli politicians means presenting a 360-degree view of their words and deeds—not only reporting what is happening, but also what it means in the larger context of Israeli society and the region.

This is hard to do because you can rarely take politicians at face value – you have to go the extra mile to present the full context and try to overcome your own biases.

I am proud of our work that tells the story of Israeli politics straight and comprehensive. I believe that Israel is stronger and more democratic when professional journalists do this difficult job well.

Your support for our work by joining Times of Israel Community helps ensure we can continue to do so.